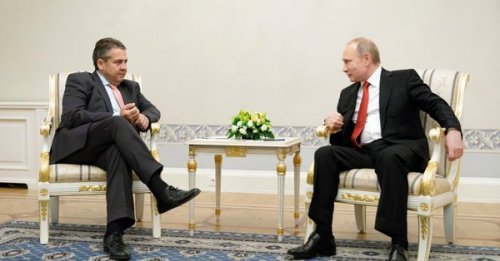 The US Senate’s decision to expand sanctions against Russia triggered indignation in Berlin, throwing Germany’s geopolitical ambitions over the Nord Stream 2 project into sharp relief.  Read below or get the App.   My other articles at Berlin Policy Journal

Berlin – July 21, 2017    By: Thomas O’Donnell —  On June 15, the US Senate approved an act to sharply expand sanctions imposed on Russia in retaliation for its intervention in eastern Ukraine and annexation of Crimea in 2014. The broadly bi-partisan move that enshrined Barack Obama’s earlier executive orders – intended as a response to Moscow’s alleged cyber interference in US elections – was a stunning rebuke to US President Donald Trump’s Russia policy, essentially taking a broad swath of foreign policy out of his hands. END_OF_DOCUMENT_TOKEN_TO_BE_REPLACED

Chavez signed a letter of commitment  for the “Binational Project on the Venezuela-Colombia Oil Pipeline” to run 3,000 km. from Venezuela’s Faja heavy-oil region, west across Colombia to the Pacific port of Tumaco.  (El Universal and El Universal).  After many disappointments in recent years in collaborations with PDVSA, Latin American presidents haven’t endorsed many joint projects lately.  Nevertheless, Santos was beside himself with enthusiasm after the five-hour meeting on 28 November, declaring “Wherever we’ve mentioned this, people’s eyes open wide.” (Reuters)

Let’s look at some data to see if Santos and Chavez are really onto somehing here. END_OF_DOCUMENT_TOKEN_TO_BE_REPLACED