For Obama, an Iran deal trumped Syrian aid: USA “core interests” are in “flow of energy” 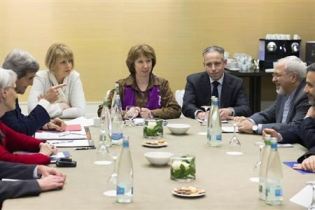 Geneva negotiations between P5+1 and Iran in early November (Reuters)

In September, President Obama came under withering criticism in Washington for not punishing Assad after crossing his “red line” on chemical weapons.  By October, even Riyadh had joined those in the State Department, the White House and Congress who, according to US press reports, saw Mr. Obama as “aloof” and “indecisive” on Syria.

While Mr. Obama’s refusal to arm the more democratic and secular rebel forces has indeed permitted Assad to retrench–increasing the humanitarian disaster as well as the ability of jihadi forces to insinuate themselves into the conflict– nonetheless, imagining this is due to presidential indecision ignores the realpolitik driving his policy.

Why Has Obama Not Forcefully Supported Syrian Rebels? The Iran Factor

Consider first: What if forceful US action in Syria had scuttled any talks with Iran, or, for that matter, if the present negotiations in Geneva between the P5+1 and Iran end up in failure? END_OF_DOCUMENT_TOKEN_TO_BE_REPLACED